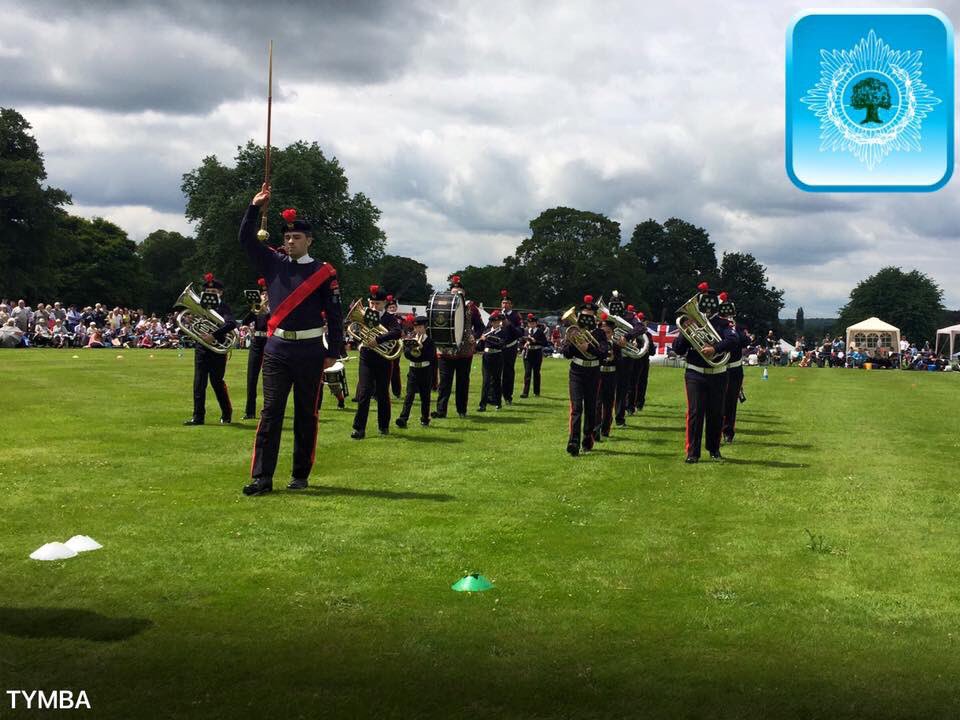 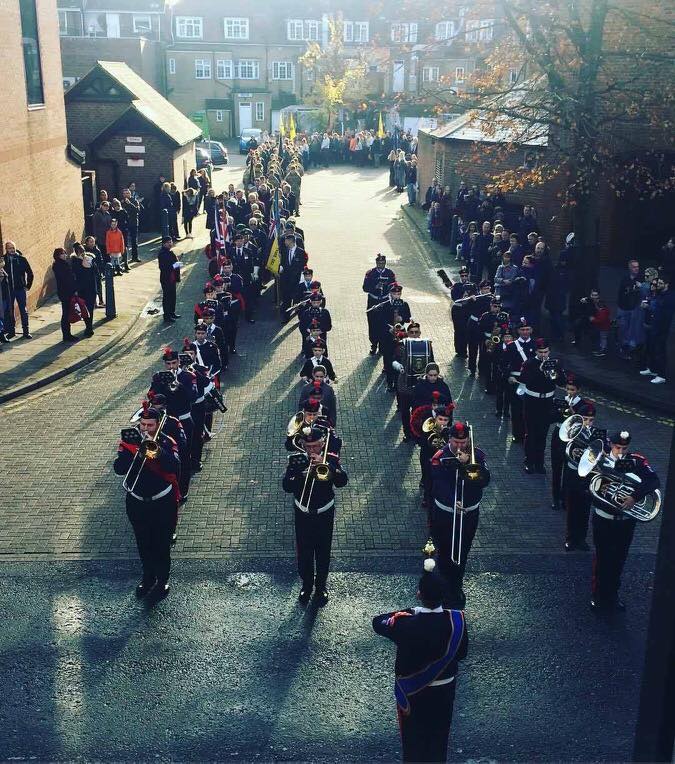 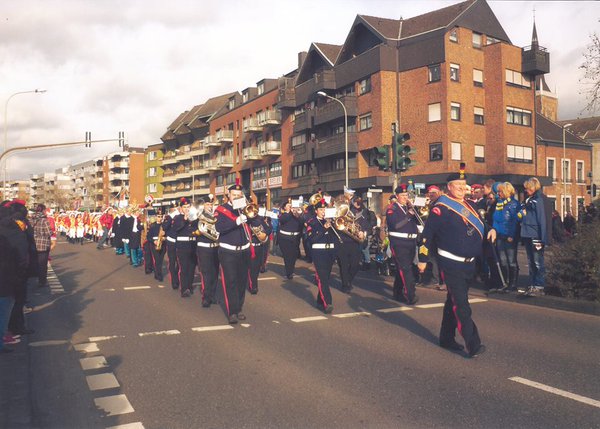 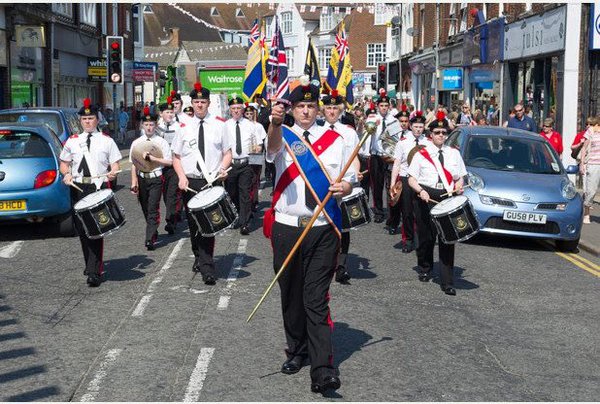 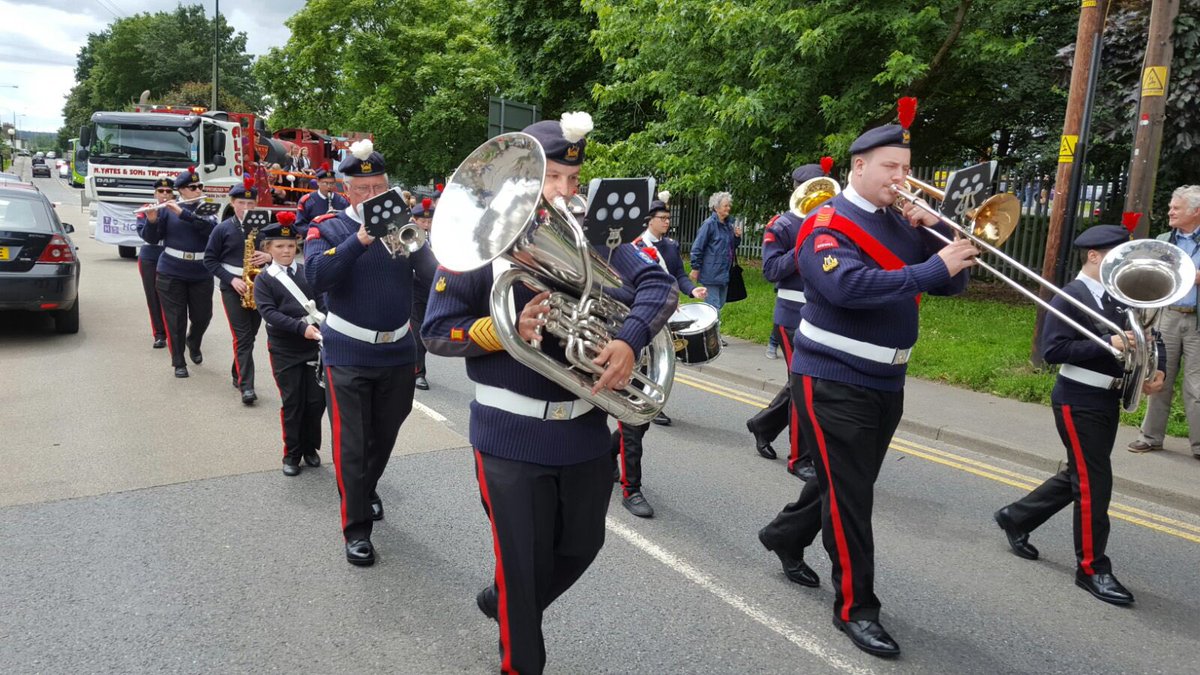 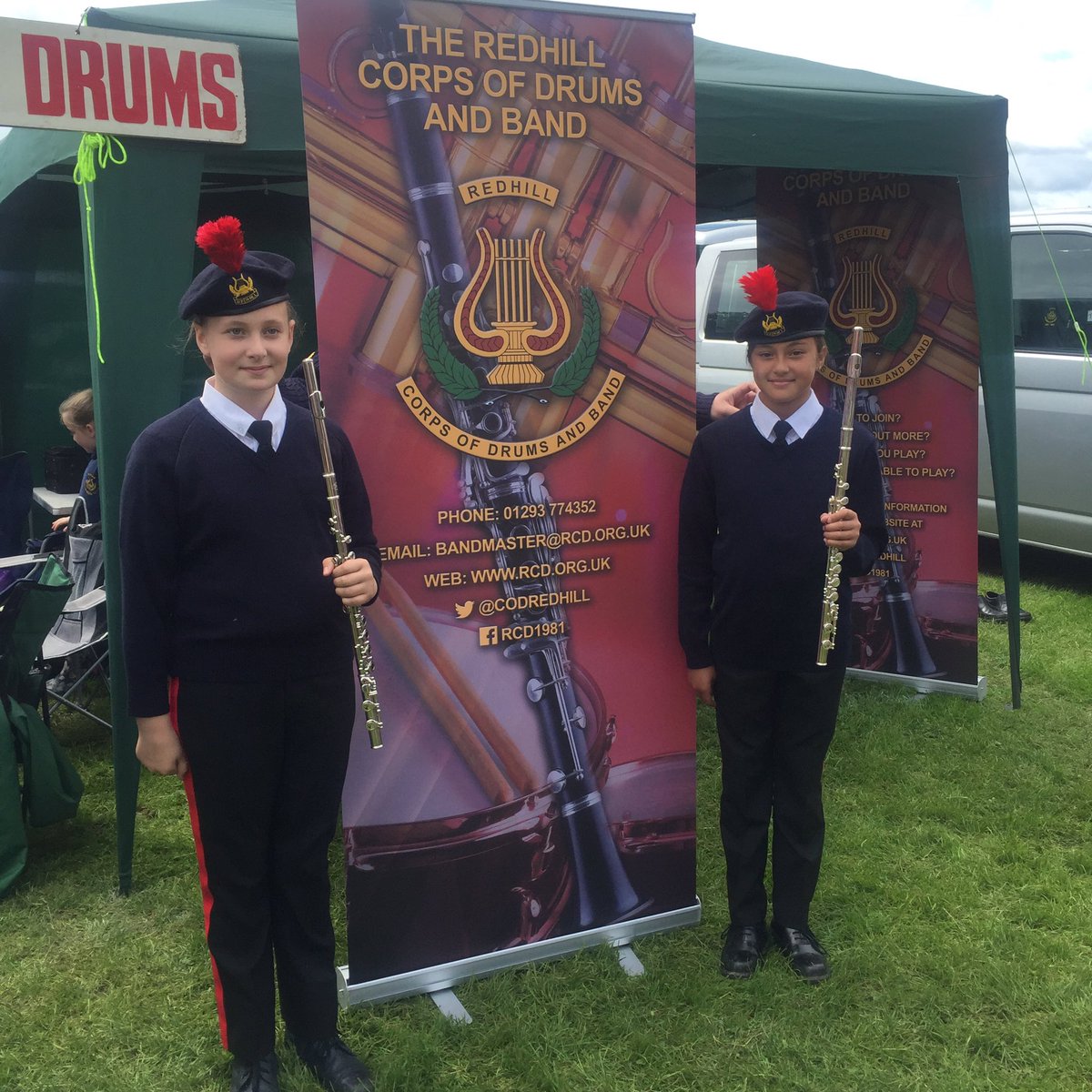 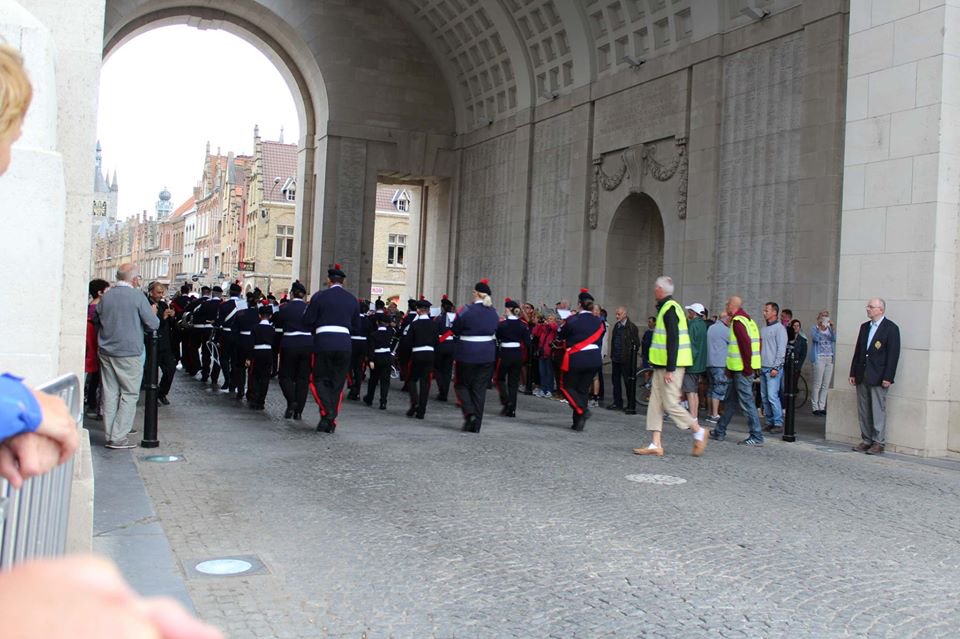 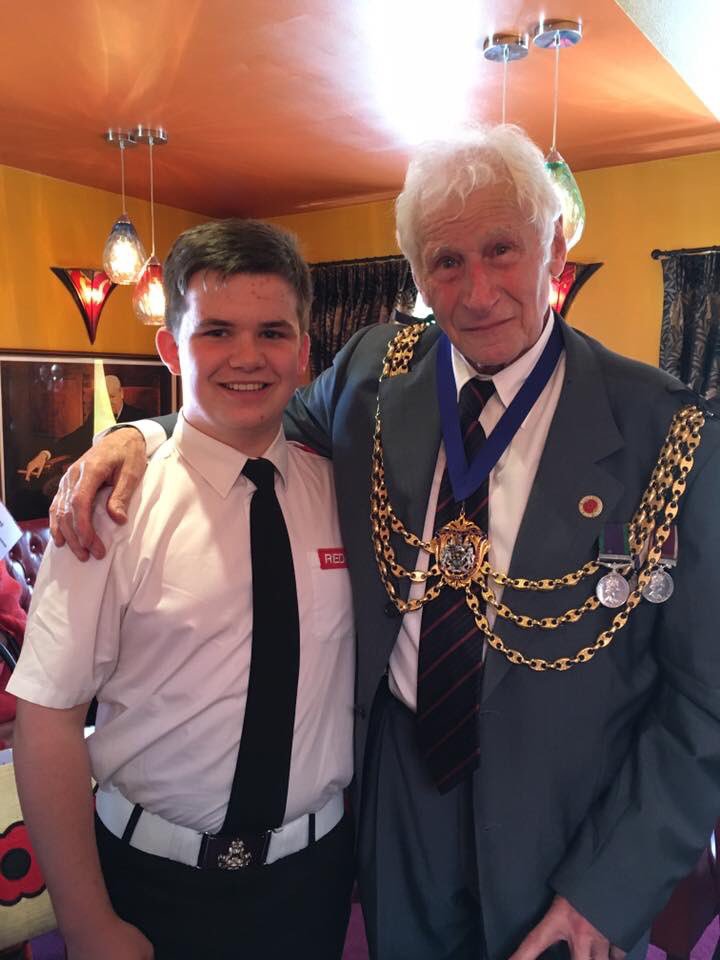 L/Cpl R.Jolly with the Mayor of Reigate & Banstead 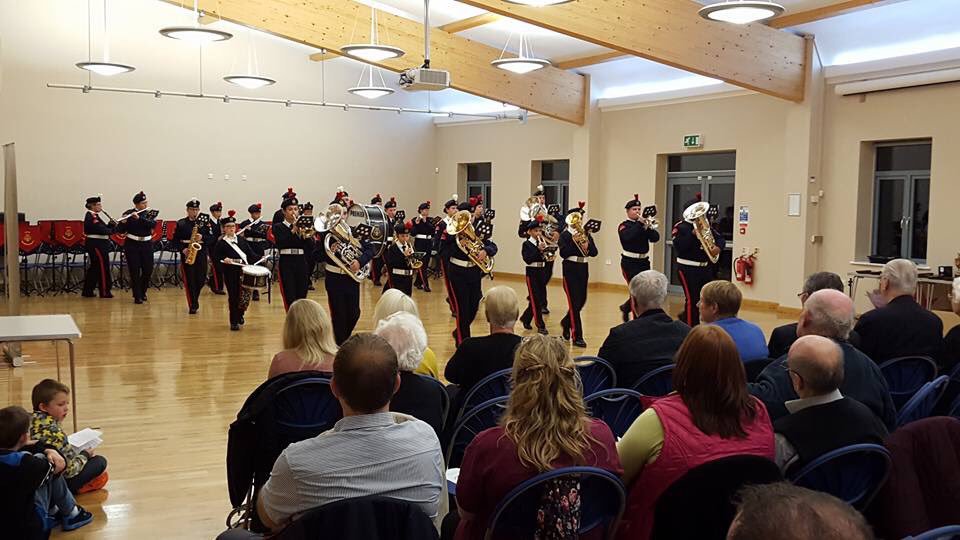 Formed in 1981 The Redhill Corps of Drums & Band is a local Marching and Concert Band based in Redhill, Surrey.

As well as taking part in Contests at the Royal Albert Hall and the NEC, the Band has appeared in the Birmingham International Tattoo at the National indoor Arena and the Lord Mayor of London's Show as part of the National Youth Marching Band. The Band has also performed in Germany, France, Holland, Luxembourg and Italy.

The Band is a founder member of The Reigate & Banstead Twinning Association and is affiliated to the Horley Branch of the Royal British Legion.

The Band is always looking for new members of all ages. Both players of any standard and non-players are welcome as we will teach how to play an instrument and read music. The Band meets in:
The St John Ambulance Hall
Kingsfield Business Centre
Philanthropic Road
Redhill, RH1 4DP
on Wednesdays from 6.45pm to 9.15pm and on Sunday from 10.30am to 12.30pm.

For more information on this and the Band in general, including booking the Band, please visit the other pages of our web site. You can email the or by phone on 01293 774352.